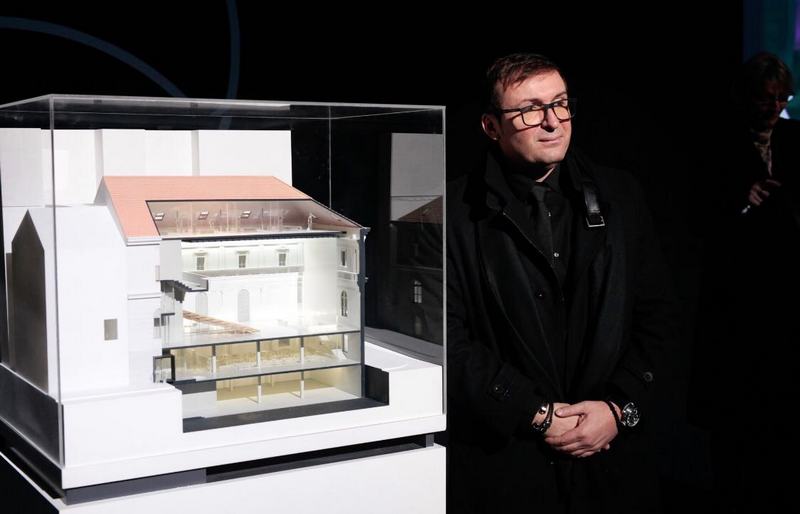 We did that as well. Yesterday we announced to the public that Cinema “Balkan” would be one of the most beautiful buildings in Belgrade in autumn of 2020. And we are working hard on this now – reconstruction is being done, and the architects are taking care of every move. But in the days of FEST it was more important for me to declare that the cinema building, the door of which will be opened to all culture admirers, will be returned to Belgrade. I see “Balkan” as my big task in the next two years, and in the future, not only as my own endowment but the endowment of my children as well. Considering the fact that the building was erected between 1867. and 1870., and declared as a cultural monument in 1984., the whole reconstruction is in the hands of the profession and the competent institutions – the Institute for Protection of Cultural Monuments of Belgrade and the City Secretariat for Culture. As an investor, I want this place in the heart of Belgrade to shine in a special way in two years.

The essence of the new concept is the modernization of the object that has a long and valuable history. The cinema hall will be multifunctional, and apart from film projections, other cultural contents will be organized as well. Therefore, the cinema seats will not be fixed. The plan is that this multipurpose space will be the center for concerts, festivals, exhibitions of large sculptures, fashion shows, and modern-day performances.

We will also make a cafe, specially designed space that will be connected with the hall. The conference that we held yesterday in the cinema hall was the opportunity for us to show the model of the future Cinema Balkan to the representatives of the media and conference guests. Judging by the reactions, our idea is excellent and everybody showed a sincere desire to gather again in this space as soon as possible in front of the movie screen and some good premiere.