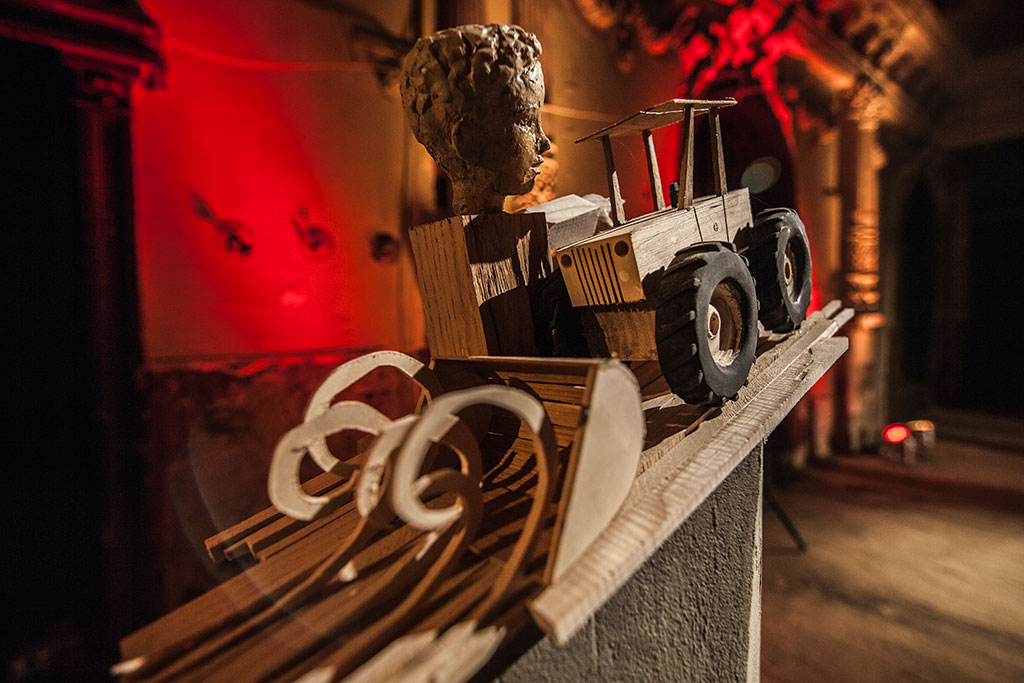 The first New Year’s anecdote of Belgrade in Cinema Balkan

Each game brings a risk. Convinced that through the game something can be learned, we go through life creating anecdotes. They are for our benefit, and those who have not had the courage to play can only retell our anecdotes and live our lives. During the manifestation “The Street of the open heart”, an exhibition “Anecdotes”, by Marko Crnobrnja, was held at Cinema Balkan and organized by Saša Marčeta Foundation.
The exhibition “Anecdote” was my New Year’s gift to Belgrade. The river of people with red noses at the end of their walk for better Belgrade entered Cinema Balkan.
Thanks everyone for accepting the gift and visiting us the first morning of the year. Together we wrote an unusual anecdote. Smiling faces of the visitors, the excitement of the exhibition itself, and the space of the Balkan cinema were sufficient satisfaction.to us. The ultimate experimental experience of a one-day exhibition organized by Saša Marčeta Foundation in the surreal space of Cinema Balkan presented a good example of an initiative for the audience to feel how it looked when the exhibition was approached professionally and the artist was represented in the best possible way. Discovering the potentials of new areas in the city is best realized when these spaces are given the opportunity to speak. The space of the Balkan cinema became briefly a scene event of high production, presenting a different approach to such events. “- was the commentary by Marko Crnobrnje, after the exhibition. The exhibition “Anecdotes” is just one of the planned events of Saša Marčeta Foundation within the project New ARTmosphere.
The path of creating the new ARTmosphere is not easy, but we do not give up. Our children, our talents, our culture, and art deserve it.

Some of us understand the culture more seriously