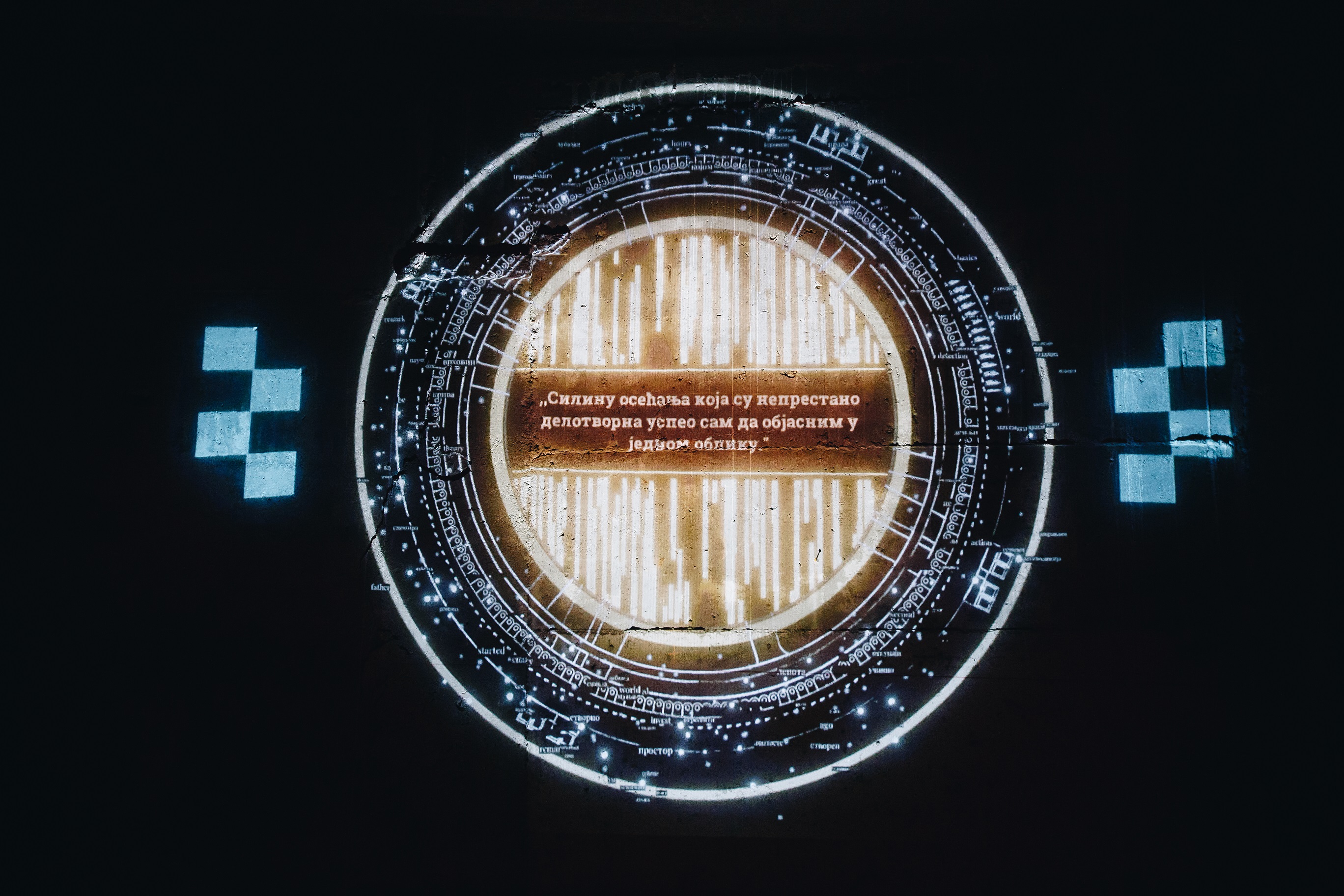 There are things that we can influence, and others we cannot. It is important to be able to make a distinction between those two.

The postponement of an exhibition we planned for carefully and for a long time, that was to take place on 10 July on Science day and the anniversary of the birth of Nikola Tesla, was one of those things we had no influence over. To put it simply, we accepted the fact that the time wasn’t right and that the safety of our fellow citizens was above else.

Truthfully, I felt very bad because of the postponement, but I also promised my team that we would not give up on the exhibition and that we would wait for the right time. That time came at the end of last month, as soon as the right and safe conditions were realized. So, on 25 September, in Balkan cinema, the “Another world” exhibition was officially opened, where twelve artists tested the boundaries of the real and virtual world while simultaneously asking the important questions of these contemporary times: where does man end and technology begin? Which of our experiences are actually ours and which are the product and consequence of the world we live in? How do we and our relationships survive in a world that daily flows deeper into the unreal?

Their artwork is fresh, not dictated by rules and such that make us want to ask ourselves a thousand and one question, which is why it is my great honor to have had the Foundation and Balkan cinema be their hosts.

I believe that this exhibition truly was a portal into another world – a world originating through technological development and a world, I’m sure, that has many surprises and challenges in store for us.