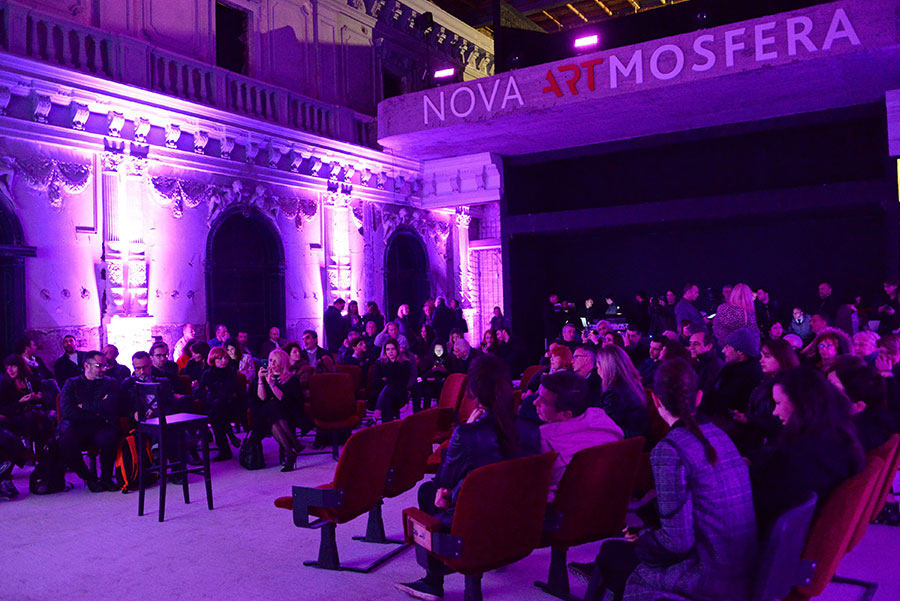 March ART festival of the performance Voices in us March ART festival of the performance “Voices in Us” was held from 29-31 March in Cinema Balkan.

Saša Marčeta Foundation independently organized and produced this festival, which selected domestic and foreign performers who realized a series of independent performances. The programme of the festival dealt with the identification of the problems of today, considered the issue of identity, physicality, closeness, and communion. Through movement, sound, noise …

The selection of performances was made by the Expert Board of Saša Marčeta Foundation: Stevan Vuković, Dragan Zdravković and Ksenija Samardžija.

The performances were realized successively, at different levels of Cinema Balkan and through different dynamics.

Video works were also an integral part of the festival programme, they represent the previous experience of the artist. A video work, such as Body Prayers by Sara Kostić, detects a social obsession with the cult of the body, which is transferred from the desired position to any type of position while retaining the characteristics of the obsession.

There was also the premier presentation of the video work by Marco Nektan and East Princess Verlorena Gotter in front of the Belgrade audience, which actualizes the position of artists from Eastern and Western Europe through the motive of the fall of the Berlin Wall. That was it, the project by Sanja Latinović in the form of audio-visual portraits of seven artists through personal research with the aim to provide a better understanding and a clearer picture of the reality that emerging artists encounter after completing their academic studies.

The last day of the festival provided relaxation to all visitors with light and sound effects. We enjoyed the joint performances of the Incredible Bob and Kir, WoO, Manja Ristić and Mirian Kolev, Umbra, Matej Rusmir and Andria.

A special surprise was the DJ duo from Berlin, Kotelett & Zadak. They first presented themselves to the Belgrade audience and highlighted the closing of the festival. Cinema Balkan hosted more than 500 people in these three days and we receive praise from all over the world.

The cultural monument represents the testimony of human history. Our goal is that Cinema Balkan remains in the epicenter of events, reminds people that it is still possible to change the atmosphere in ARTmosphere through joint work and commitment, as well as encourages our talents. Moreover, our actions should prove that there are some of us who take culture more seriously!