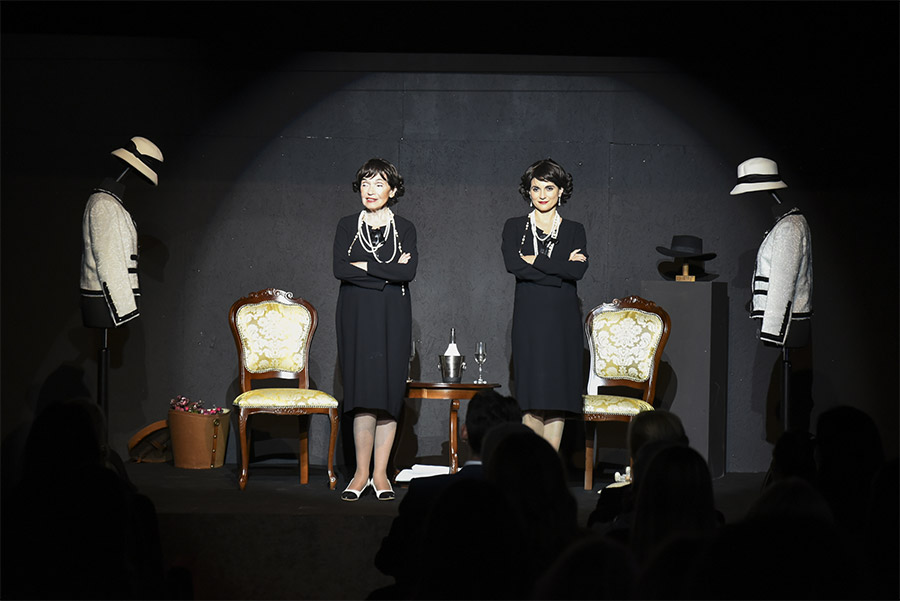 My wish is that Saša Marceta Foundation impartially supports all aspects of art. Our goal is to build a bridge that will connect Serbia with the world.

That is why we joined forces with the agency Factory this time and held Art & Fashion event in Cinema Balkan in May. On the first night Cinema Balkan was transformed into the famous Ritz Hotel. Thanks to the play “A little black dress”, the actresses Rada Đuričin and Vjera Mujović evoked the life of Coco Chanel. On the second night, there was a fashion show by the creator of high fashion Italo Marseligia, during which the  performances “ZINAIDA & LE TROIANE” and “ANNA CAPPELLI ADORA AND BAUSTELLE”, directed by Rossano Giuppe were performed. Italo, as a costume designer, presented his visions and inspirations for creations. The role of Jelena Trojanska was played by Tamara Aleksic, while in the second performance, Bianca Nappi played the main role. The audience was delighted! I am proud that Cinema Balkan was the epicenter of New ARTmosphere this time again!

Interestingly, our guests were for the first time in Serbia, and we did our best to make sure it was certainly not the only one.

Saša Marčeta Foundation is committed to achieving a generally useful goal, fighting for all the generations to come. We believe in victory!